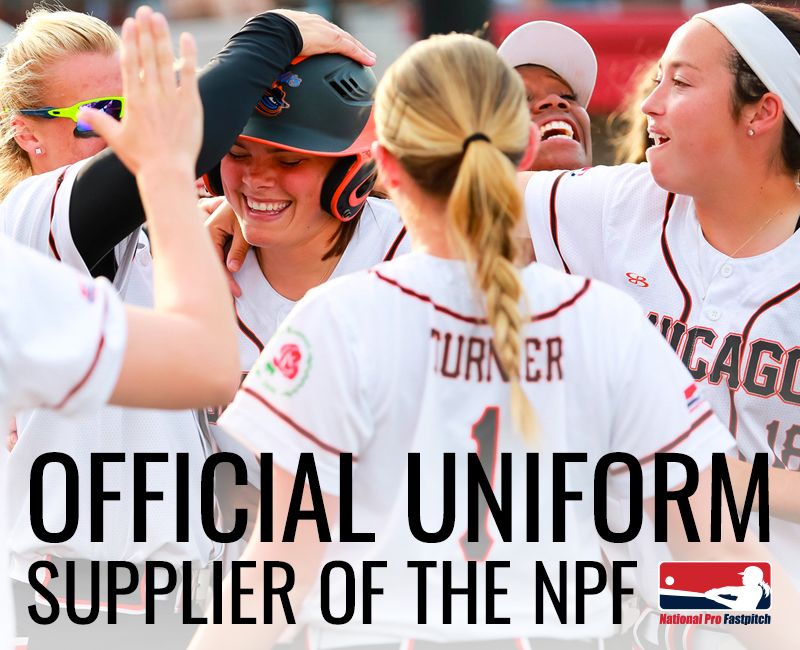 Boombah has been the exclusive uniform and practice gear provider for the NPF for eighth consecutive seasons (2018). Beginning in 2011, Boombah took on the role of Official uniform provider for the NPF, a move which broke them into the fastpitch softball business from the professionals to the grassroots.

“We have been very proud of our history with Boombah and excited to continue our relationship,” commented NPF Commissioner, Cheri Kempf. “Our players have a lot of confidence in the feel, fit, performance and appearance of the uniforms and that is of utmost importance to the league.”

The relationship encompasses both sponsorship and licensing and includes uniforms, jackets, batting practice pullovers and practice gear. The arrangement also provides value for NPF fans and amateur leagues making the same uniforms developed for NPF available for other girls and women’s amateur teams. Replica NPF jerseys are also available for each of the NPF teams at games and select retail outlets nationwide.

“I am very pleased that Boombah will continue working with NPF and have the ability to promote our uniforms through the professional level of fastpitch softball,” said Rick Tollefson, Boombah President. “Outfitting the professional players of NPF that represent the highest level of competition in the sport, is something Boombah is very proud to be doing and something that showcases our top quality uniforms on the most intense level of the game.”

National Pro Fastpitch (NPF), an Official Development Partner of Major League Baseball since 2004, provides elite female athletes with an opportunity to pursue a professional career in fastpitch softball beyond their collegiate and amateur success. National Pro Fastpitch players hail from the United States, Australia, Canada and China among which are the most accomplished and talented athletes in the sport of women’s softball. Visit www.profastpitch.com for more info.